Local Allentown High School Student and Hamilton resident, Drew Borek an accomplished trumpet player with the NJ All State Wind Ensemble has been selected to perform with the most musically talented high school students in the Eastern United States in the 2019 NAFME All-Eastern Honors Ensembles.

Borek, a Junior at Allentown High School, attended both Yardville Elementary and Reynolds Middle Schools in Hamilton Township where he benefited from the guidance and mentorship of Dr. Alex Costantino.

With assistance from his music teacher at Allentown High School, Mr. Ross Hecht, he will prepare remarkably challenging music that he will perform under the leadership of prominent conductors in this biennial event.

“I am proud of all the hard work that has led to me being accepted to the All-Eastern Honors band.  This is certainly an experience I will learn from and never forget.  I am excited and looking forward to playing with some of the best high school musicians on the East Coast”, explained Borek.

Students will spend three days rehearsing with one of five conductors during the Eastern Division Conference of The National Association for Music Education to be held in Pittsburgh, Pennsylvania in preparation for performances on April 7, 2019.

The NAFME All-Eastern Honors Ensembles, consisting of a concert band, symphony orchestra, mixed chorus, treble chorus, and jazz ensemble, are organized by members of The National Association for Music Education.

The concert band and symphony orchestra will each have approximately one hundred fifty instrumentalists, the jazz ensemble will have eighteen instrumentalists, the treble chorus will have one hundred twenty vocalists, and the mixed chorus will have approximately three hundred twenty vocalists. Student participation from each state is determined by a percentage of the total NAFME Eastern Division membership.

Each of the state music educators associations in the Eastern Division (CT, DC, DE, MA, MD, ME, NH, NJ, NY, RI, PA, VT, Europe) oversee the selection process in their state during the fall of the year before the event and compile ranked lists of recommended juniors and seniors for consideration. The method used to compile the lists varies from state to state, although all recommended students must have been selected to participate in their home all-state festivals.

The committee builds the ensembles from the state presidents’ ranked lists, trying to mimic the state population percentages in each group.

The 2019 NAFME All-Eastern Honors Ensembles (all except for Jazz, which will perform on Saturday evening, April 6) will perform for an audience of thousands on Sunday, April 7, 2019, in the Spirit of Pittsburgh Ballroom at the David L. Lawrence Convention Center, Pittsburgh, PA. For program and ticket information please visit www.pmea.org. 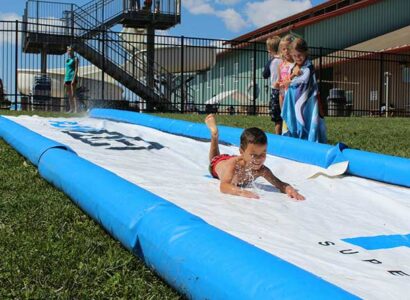 Today, day camp is more vital than ever. Arts and Entertainment 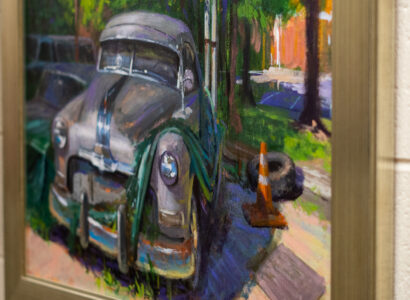 They say, you can’t control Mother Nature! Due to the inclement weather forecasted for tomorrow GO→