Little did this batter know he was in on a history-making event as he competes in the first-ever Miracle League of Mercer County game in 2005. The league is celebrating its 15th Anniversary on Oct. 3.

Sep. 2: For Dan Sczweck, there is a simple reason why folks continue to volunteer with the Miracle League of Mercer County.

That joy is celebrating its 15th Anniversary this month, as the first MLMC game was played on Sep. 10, 2005 at the Sawmill branch of the Hamilton YMCA. How things would play out was anyone’s guess, according to Sczweck.

“You never quite know,” said the league’s Executive Director. “You look at a new program and you try to build it out and you hope for the best and you want to see it grow. We’ve been very lucky. We’ve had this amazing group in the last five or six years where we’ve doubled in size. It’s so great to see. It’s really cool.”

But the fun will be smokin’ hot on Oct. 3 with an 8-hour extravaganza to be held at the Miracle Field and at co-host Killarney’s Publick House on Whitehorse Road.

The Miracle League Birthday Bash will feature live music at Killarney’s, along with a home run hitting contest at Sawmill. It will run from noon to 8 p.m. and be live streamed on Facebook. Cameras will be set up at both sites and cut from the activities at Killarney’s to the home run contest, in which each participant gets 10 minutes to hit as many dingers as possible.

Adding to the event is a “Show Your Face” fundraiser, to which donors can contribute $50 to have a cardboard cutout of their face – the same type seen at MLB games – displayed at Miracle Field. They will be placed behind home plate, in the bleachers and around the outfield, where they will frame a new patch of corn planted in centerfield to provide a “Field of Dreams” atmosphere.

“We’ve already sold 70 signs in three weeks,” Sczweck said. “There are no limits. We’ll put them everywhere. So when we do the live feed you’ll see this great set-up of people who support the league.”

The day will also feature items for auction, for which those not in attendance can bid on with a hand bit mobile app.

It promises to be a fun-filled day to celebrate an organization that has steadily grown in 15 years.

Played on a 100 percent barrier free baseball diamond, the field allows individuals with disabilities to move freely around the bases and throughout the field, regardless of any physical and/or cognitive limitations they may have. They are assisted by “buddies”, volunteers from area high school/college baseball and softball teams.

As one of just two Miracle Leagues in New Jersey (the other is in Camden County), Sczweck’s organization draws players from Mercer, Freehold, South Brunswick, Pennsylvania and Burlington County. There are over 120 participants and, even more impressively, over 300 volunteers.

“They have all been so kind to come out,” Sczweck said. “There are certain days we look at the field and it’s just packed and I don’t know  what to do with these extra volunteers. They end up sitting up in the bleachers and cheering for the kids. The amount of support from the volunteers has magnified what goes on during game days.”

Another major contributor has been the Trenton Thunder and their Chief Operating Officer, Steinert High grad Jeff Hurley.

Since most of the league’s income comes from fundraising (along with some increased grant writings and a nominal participation fee), Sczweck ran a successful  golf outing for several years until realizing “we were limiting ourselves to a very specific amount of people only interested in golf.”

“We wanted to put the focus back on the kids with an event that highlights the kids,” Sczweck continued. “So we had the Thunder on the Road event. Jeff Hurley brings a number of players out who help coach and pitch to the kids. The front office staff also comes, and they take control of the field and run it like a regular Trenton Thunder game, with things like the Dizzy Bat Race and the Pizza Toss. It really adds to the excitement.”

Last year’s Thunder on the Road visit raised $30,000, which promptly went to renovating the facility. The playing surface, made of a specific, synthetic rubber, was replaced and there were also other painting and staining touch-ups.

“We’ve done a great job to keep the facility in shape,” Sczweck said. “We did a lot this year during the Corona Virus shutdown.”

Much like the volunteer numbers, the fundraising figures have increased greatly over the past several years.

“It’s a tribute to the local community that has been so supportive,” Sczweck said. “The Thunder, the local high schools, local colleges and businesses that help us out. We have a very loyal following and they stay with us.”

Their support has allowed the league to go from two eight-week seasons, to a year-round venture that includes various clinics during periods when there are no games. The College of New Jersey came out to provide instruction for the players this summer, and last winter there was a batting cage program at Arm & Hammer Park before Covid hit.

Future projects include trying to form a travel program and an adult league, as well as starting a disabled veterans program.

“We’re in talks with other Miracle Leagues about establishing a regional travel league,” Sczweck said. “We also would like to form an adult league. While we have great base of participating players, a lot of them age out. I don’t want to see anyone leave our program when they turn 21 They’re starting here at age 5. I want to keep them for a lifetime.”

A lifetime of joy for the participants – and the volunteers. To donate $50 and have a face sign of yourself displayed at Miracle Field through the fall, email either Carolyn at Printworx (inbox@printworxnj.com) or the Miracle League at miracleleaguemercer@gmail.com 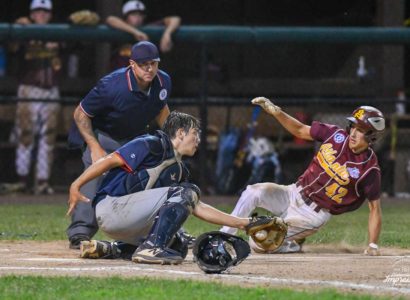 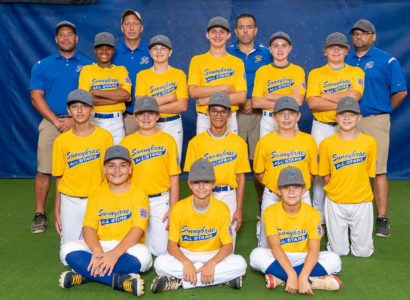