A viral community art project is rocking the social fabric of Hamilton, not to mention a slew of social media accounts.

Over Labor Day weekend, swarms of township residents could be spotted in parks, outside businesses and along sidewalks foraging for and embedding these unassuming destinations with custom-painted rocks.

The hunt tethered parents to children and classmates to friends, as they scouted their surroundings for these slyly hidden tokens of self-expression and hometown pride, each branded by their respective artist with the insignia: #HamiltonRocks.

As the past few days have proven, it’s the type of hashtag and photo-worthy gimmick that popular Internet crazes are born of.

“People were getting out of the house,” said Lora Durr, the Crockett Middle School art teacher, who first smuggling the idea into Hamilton. “There’s a simplicity with this among families and the community. As crazy and hectic as everyone’s lives are, we all crave that connection with one another.”

Durr stumbled across the rock-painting project during a summer art conference, where a roommate unveiled a similar trend that had played out in her stomping grounds of Jefferson City, Missouri.

A little deeper research revealed that the hashtag-insert-hometown-rock mania had spread even further across the country to towns like Memphis and Port Angeles, Washington.

“I was floored,” Durr said. “I thought this could work in Hamilton…because clearly, Hamilton rocks!”

The guidelines for the #Hamiltonrocks project designate any of the township’s public areas – with the exception of those having potentially hazardous conditions, like parking lots and roadways – as fair game.

“When you find a rock, take it, appreciate it, replace it or hide it for someone else to find,” said Jessi Franko, a local graphic designer and an administrator of the “Hamilton Rocks!” Facebook page, which had well over 3,500 members as of early September. “The idea is to beautify the community…not only are kids excited to share their rocks, but I’ve seen a 97-year-old woman painting. It’s bringing everyone together and bringing the inner child out in all of us.”

Since Durr unleashed the hashtag online Aug. 21, Facebook, Instagram and Twitter have been abuzz with a kaleidoscope of finds, ranging from rocks embellished with Pokémon, modern art and even the signature splatter of a toddler’s paint brush.

The project seems to have avalanched into nearly every crevice of Hamilton and beyond.

The activity has sprung up in school art classes, local Girl Scout service badge projects, as well as the business community.

MIDJersey Chamber of Commerce has painted and planted 30 rocks with the organization’s logo outside Hamilton businesses, encouraging patrons to share their discoveries on social media with hashtags, possibly in exchange for a prize.

The idea is to bolster business, while stirring up a little wholesome fun, said Kaitlin Hamilton, a MIDJersey Chamber member services manager.

“One thing that’s important to us is community,” Hamilton added. “It’s just a cool thing to see people out and about and getting away from the video games and seeing what’s out there in Hamilton.”

Neighboring municipalities, like Bordentown, have caught on too, with organizers drawing from Hamilton’s inspiring story.

“I was hoping Hamilton would bite into this; but in the back of my mind, the cynic in me said, ‘Who has time for this?’” Durr admits. “Little did we know, Hamilton needed this. I don’t have empirical data to say this is helping families come together. All I have are Facebook postings thanking us.”

For the most up-to-date information on the hunt, Facebook users can join the group “Hamilton Rocks!” 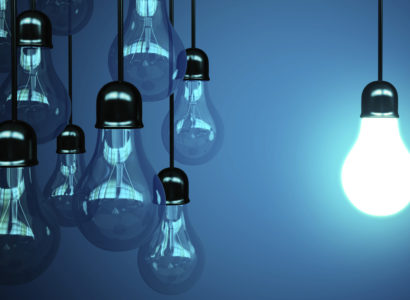