It was getting near the latter stages of the third quarter and the offense was finally starting to generate a running game for the Nottingham football team. The Northstars had just received a big break when Darry Felix recovered a muffed punt by West Windsor-Plainsboro North, giving Nottingham possession at the Northern Knights 25-yard-line. 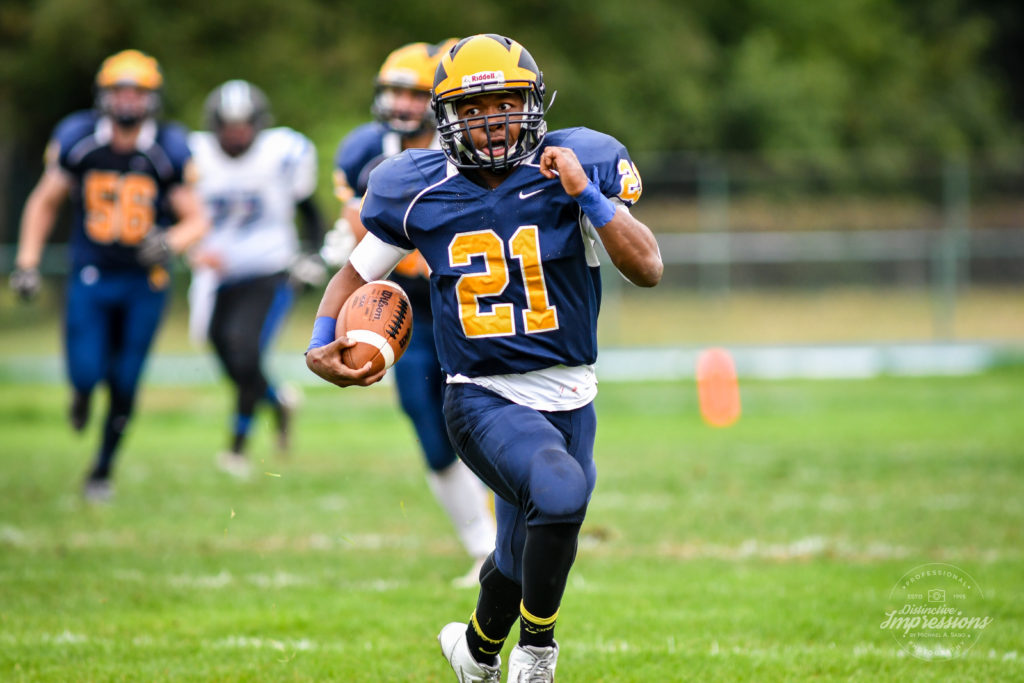 Dionte Nicholson leaves everyone behind as he takes off for a touchdown against WWPN. Photo by Michael A. Sabo.

The Stars were in dire need of a score as they trailed 17-6 in what had been a lackluster effort so far. They got down to the 2-yard-line and, on second-and-goal, gave the ball to freshman Dionte Nicholson.

What happened next could have been disastrous for both the Stars and the 9th-grader. Nicholson fumbled, the Knights recovered and it looked like Nottingham might never be heard from again.

This is no ordinary freshman, however. While many might become mentally shattered after such a key mistake, Nicholson merely got better. His final 10 carries of the game produced 83 yards and a touchdown as Nottingham scored 29 unanswered points for a 35-17 win this past Saturday.

Nicholson’s final totals were 21 carries for 206 yards, including two jaunts of 40 yards or more.

For his efforts, Dionte Nicholson is the Fish4scores/Rossi’s Athlete of the Week for the week of Sep. 25-Oct. 1.

Asked how he was able to not get down on himself after the fumble, Nicholson gave the rest of the Northstars credit.

“My team picked me up, especially my quarterback (Deonte West),” Nicholson said. “He kept my head in the game the whole time.”

If this had been a college basketball game and Bill Raftery was the announcer, he would have blurted out “Onions!” a few times.

Cliff Harris, who caught a 45-yard touchdown pass against the Knights, got wide eyed when given Nicholson stats for the game.

“And he’s a freshman!” Harris blurted out. 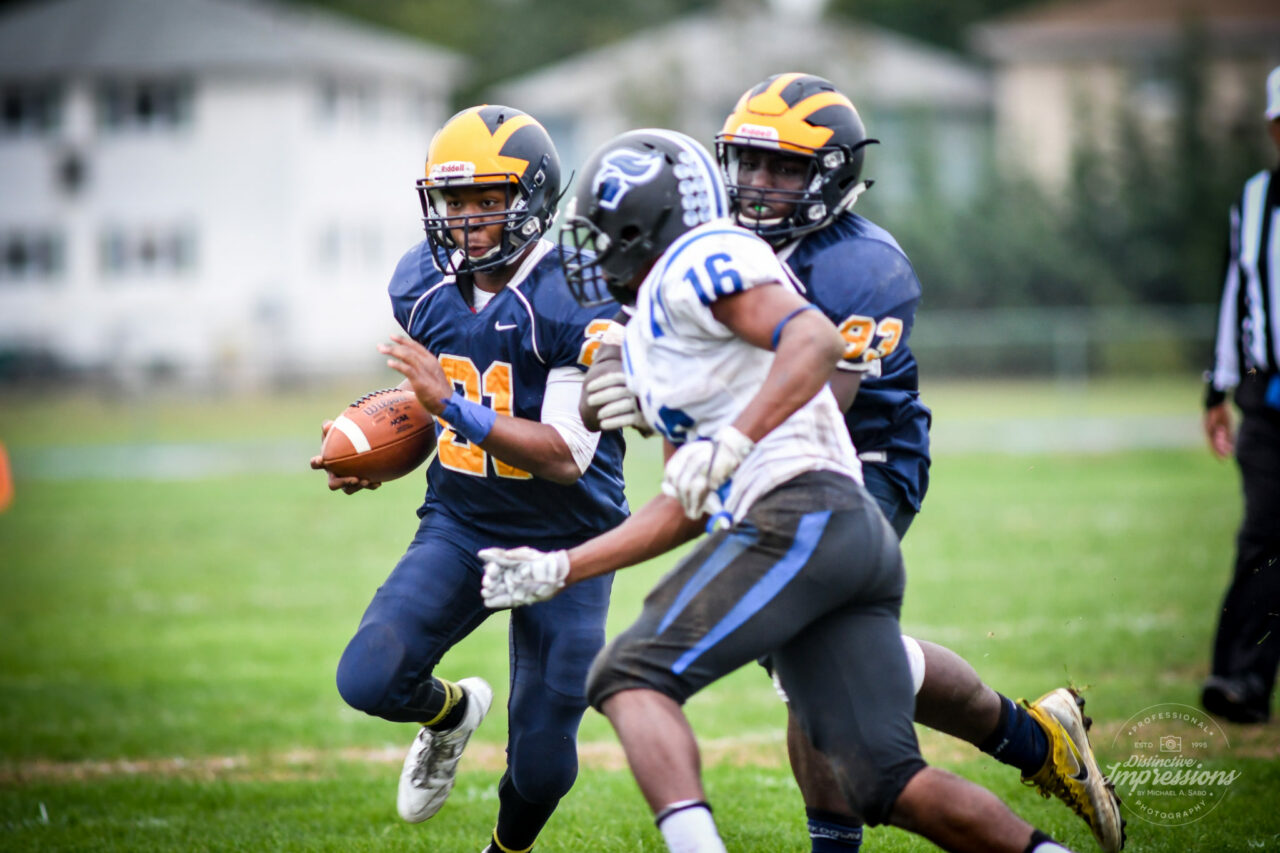 Dionte Nicholson turns the corner. Photo by Michael A. Sabo

A freshman who Harris feels is destined for a big-time college program, proclaiming  “He’s going D-1, that’s all I can say.”

West is certainly anxious to see how Nicholson’s career plays out.

Nicholson had a solid first half against West Windsor with 85 yards on eight carries, although roughly half of that came on one 40-yard carry. Things weren’t going well for Nottingham’s running game, however, and Adams delivered a fiery halftime speech.

“We were going downhill, my coach said that he needed somebody to put an S on their chest and be a Superman,” Nicholson said. “I had to step up to the plate. That’s what everybody on the team had to do.”

No one did it better than Nicholson, who gave Nottingham its first 200-yard rushing game in several years. It should not come as a surprise to anyone who has been listening to Adams since the preseason. Rather than try and shield the kid from expectations, the coach talked boldly of how good he was.

“He’s shown a tremendous ability, we’ve known he’s had it all along,” Adams said. “We identified him early on and knew the kind of things he could do, and if he sticks around here the next couple of years he’s gonna smash some records, that’s for sure.” 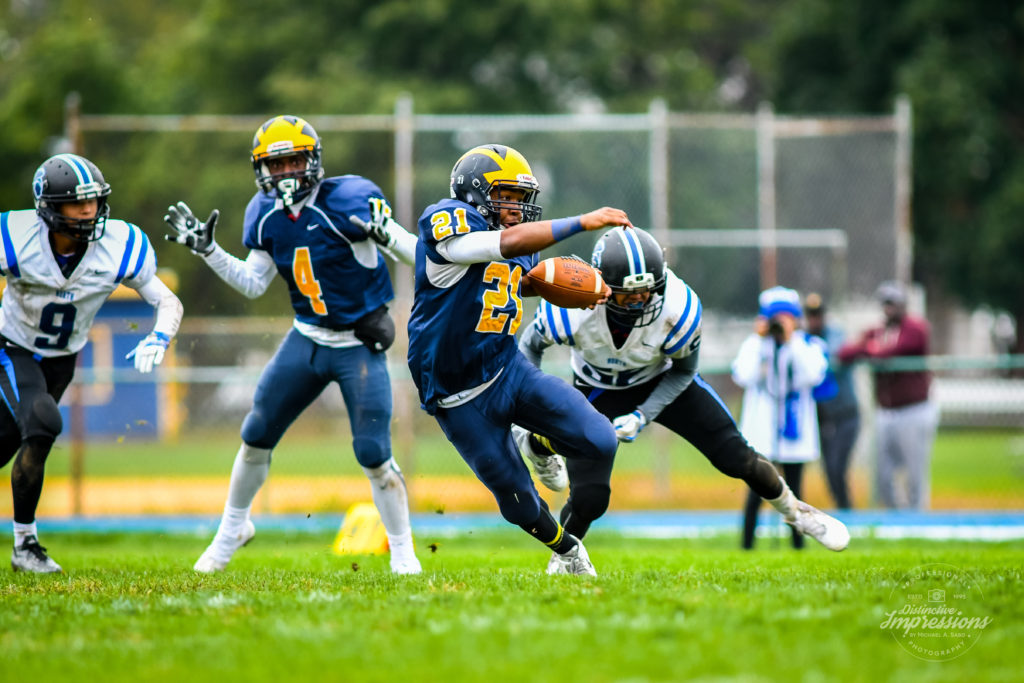 Dionte Nicholson cuts back while Nottingham Quarterback Deonte West looks with amazement at the speed and agility of the Freshman. Photo by Michael A. Sabo

Asked how he feels playing varsity as a freshman, Nicholson said “I feel good. I don’t really have the words to explain it.”

Adams, however, can succinctly explain how important he is to the Northstars.

“He gives us a special thing,” the coach said. “Our offensive line and fullbacks did a great job blocking up front and he just did what he can do.”

As he proved against the Knights, he can do quite a bit. 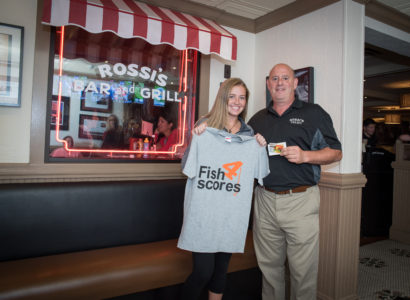 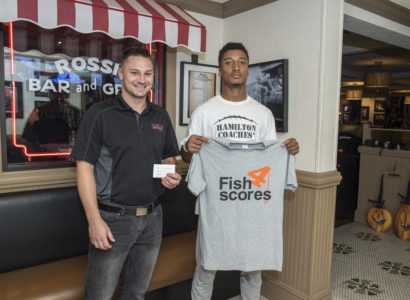