HAMILTON – It’s ironic that so early on in life, her voice had been silenced and fallen on deaf ears.

For years, a young Kimberly Witkowski was the victim of sexual abuse and had been quieted by her assailant of a stepfather, and even more disheartening, family members.

At 41, the Bordentown resident has finally found a platform from which to raise her voice, using music and all its cathartic properties to tell her story.

“My parents were alcoholics, and I didn’t know any better,” she said of her childhood abuse.  “No matter what people say, your home life is your home life, and my normal wasn’t so normal…but singing was always my therapy and something no one can take away from me.”

On Saturday, Witkowski – best known by fans and followers as Kym D – will be hosting a music video-release party at Cedar Gardens in Hamilton, unveiling her latest lyrical achievement, “Singing my Song.”

The song itself, a powerful anthem to strength and resilience, recounts Wikowski journey through abuse.

“People think it’s so easy to come forward, but it’s not,” she said. “I never wanted sympathy. I’m trying to tell a story – mine isn’t about sympathy; mine is about survival.”

The video, an accomplishment all its own, is the work of Joseph Aspromonti, a well-known director, who’s had a hand in such top-billing projects as “Blue Bloods,” “I Am Legend,” “The Sisterhood of the Traveling Pants,” “Spider-Man” and a number of other highly praised films. 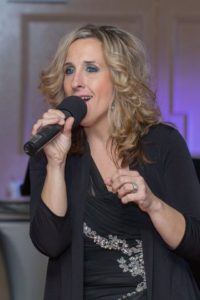 Kim Witkowski — known by many by her stage name Kym D. will be hosting a music video-release party at Cedar Gardens in Hamilton, unveiling her latest lyrical achievement, “Singing my Song.”

“I thought this was going to be a small video production, but there were stylists and make up artists…some of the (actors) from Blue Bloods,” she said.  “We shot the video in various locations in Staten Island and Brooklyn. A lot of the people involved will be there Saturday.”

Witkowski, a Bordentown resident and the wife and mother of three, admits to having battled her demons, learning to appreciate and even forgive all those who’ve crossed her path in life.

“I have to say my husband Vince is my rock,” she said.  “Sometimes you take for granted the person who’s been by your side.  But he’s been very, very supportive.  I wouldn’t be doing this without him.”

Prior to her recent big break, Witkowski has signed a record contract and even performed for likes of former New Jersey Gov. Christie Whitman, the Trenton Thunders hometown crowd and President George W. Bush.

An encouraging friend led to her latest vocal endeavor, prodding Witkowski to not only sing from her heart, but to sing about something close to her heart.

“This is beautiful and heartfelt,” Witkowski said of “Singing my Song.”  “It spiraled but in a good way.”

As for long-term goals, Witkowski hopes her song’s message will travel far beyond Saturday’s event-goers.

“People are afraid to get involved when it comes to child abuse,” she said. “I’m tired of it. Sometimes you have to do what’s right, and it’s not going to be comfortable.”

Doors for the Witkowski’s video-release party, which will feature special live performances, music and gives-aways, will open at 7:30 p.m. at Cedar Garden’s 661 Route 33 location.

“This is mostly to acknowledge all the work I’ve been doing and to show appreciation to everyone who made this happen,” she said.

Prices for entry range from $20 for advanced tickets to $25 ticket sales at the door.  A portion of all the proceeds collected will be dedicated to the Mount Carmel Guild of Trenton. 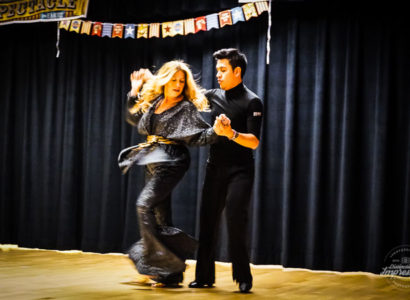