Paul Grandmaison from Portland, Maine led police from both Burlington and Mercer counties on separate, dangerous high-speed chases Wednesday in which he crashed a stolen truck twice, the second time leaving his girlfriend behind and fleeing on foot, authorities said.

According to an NJ.com story he incidents began about 4:30 p.m. at convenience store on Keim Avenue in Burlington City, authorities say. A witness called police and reported seeing a man punching a woman outside the store, and “head butting” her.

The witness told police the victim had visible injuries, and the victim was able to tell the witness her boyfriend had been “beating her all day,” police said in a statement.

Police got to the store in time to see the couple get into a burgundy Chevrolet truck. Officers tried to pull it over, but it sped away.

At about 5:30 p.m., Bordentown Township police saw it pull into a truck stop on Rising Sun Road and again tried to pull the truck over, and it again raced away. With officers in pursuit, the truck crashed into a vehicle on Route 130 at Ward Avenue, and kept heading north, police said.

The truck sped onto Interstate 195 west and into the city of Trenton, where officers lost sight of it, and terminated their pursuit.

Trenton police were alerted to the truck driving “aggressively” and found it crashed and disabled at Calhoun and West Hanover streets, police said. After treating the victim, a 34-year-old woman also from Portland, Maine, officers learned the vehicle was stolen from Portland, and had license plates stolen from Philadelphia.

Despite numerous police agencies joining a search that lasted into Wednesday night, they could not find Grandmaison, police said.

Police in Trenton rescued the girlfriend, but Paul Grandmaison, 41, got away despite extensive searches that included use of a New Jersey State Police helicopter. 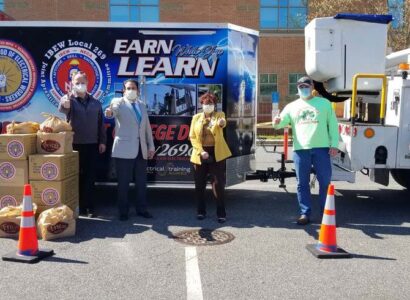 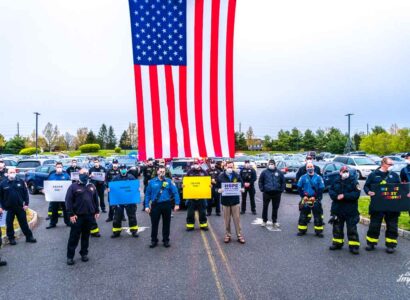