Which made one think the representative of Hamilton West baseball was going to pull off a miracle at FirstEnergy Park in Lakewood today.

Unfortunately for Liedtka Trucking, its final stab at late-inning magic fell one run short as Brooklawn hung on for a 6-5 victory in a South Section “Last Dance” World Series quarterfinal game.

“These seniors I’ve been coaching since they were 11,” said coach Mike “Mo” Moceri said, whose team scored four times in the final two innings and left the tying run on third to end it. “This is probably the toughest loss for sure that I have to deal with, knowing I won’t get the opportunity to coach them again. It makes it very tough for me. I commend this team for always fighting ‘til the end, never giving up.”

Nonetheless, the Dirty Boyz went 4-1 in the Last Dance and stamped themselves as one of the top 16 teams in the state.

Catcher Connor Luckie agreed, saying “To even have a senior year, if you could say we had a senior year, it means a lot. We did the most that we could. I feel we’re all proud of what we did in this tournament on such short notice. I’m proud of all the boys on the team.”

Leftfielder Kiefer Goss, who was outstanding throughout the tourney, wasn’t taking any solace from a Sweet 16 appearance.

“Yeah we did good,” he said. “But I’m not happy. We could have done a lot better. We have so much talent on this team. We should have gone further.”

And they came ooohhhhh so close to doing just that.

Trailing 6-1 after five innings, Liedtka scored two in the sixth and two in the seventh and had a runner 90 feet away from tying it by game’s end.

The fact that the Boyz rallied should come as no surprise. In five games, Liedtka scored 13 runs in the fifth inning and beyond, including nine in the sixth and seventh innings.

“You’ve gotta commend our guys for battling ‘til the end,” Moceri said. “That’s kind of been the MO for this squad. We’ve always found a way to battle and never give up. It’s tough when you’re facing a team like that to be down 6-1 but we nearly came back.”

It was an uphill battle all the way against Brooklawn. After allowing a run in the first, the Dirty Boyz tied it in the bottom of the inning when Goss tripled and scored on David Zamora’s single.

Entering the sixth, Liedtka’s offense had been mostly quiet since the first inning. But the Boyz’ bats still had some life in them.

“I feel like we were putting too much pressure on ourselves from the second to the fourth,” the coach said. “When you play this game tense you’re gonna fail more times than not, which we did for a few innings. When it got to 6-1 we just loosened up a little bit. By then we just kind of figured ‘We’ll give it our all and whatever happens, happens. We were loose and it showed.”

Pinch-hitter Isaac Acosta got things going with a one-out single followed by a walk to Nate Rodriguez and a Danilo Perdomo single to load the bases. Tyler Nielsen’s second hit of the game made it 6-2 and Tyler Solymosi’s sacrifice fly brought the Boyz a little closer.

After Nielsen – the Boyz third pitcher of the day — threw a clean seventh, Brown led off the bottom of the inning with a double and  Luckie followed with an RBI single to make it 6-4. Goss was then walked intentionally to put the tying runs on base, and the runners moved up on a wild pitch with no outs.

“I honestly thought after we got the first three guys on, that in the back of our mind that we were gonna tie it up,” Moceri said. “Even when it was 6-1, we never thought as a coaching staff we were out of it. We just kept trying to instill it in the guys to keep battling, keep fighting, try to cut the score in half and see what we can do.”

And they almost did it. Acosta hit a sacrifice fly to make it 6-5, and Rodriguez followed with a fly ball to right that sent Goss to third with two outs. A ground out ended the game, however, leaving a hollow feeling in the Boyz dugout.

“One hundred percent I thought we were gonna win it,” Goss said. “Not a doubt in my mind.”

And for the graduates, it truly was the Last Dance as they now embark on their post-high school futures.

“As seniors it’s hard to lose after coming back like that,” Luckie said. “It was just tough going down like that. All the seniors were there in the right mindset. We all knew we could run an inning up at any time, it just happened to be the last inning and it didn’t work out.”

Goss felt fatigue may have played a part in the slow start, as the Boyz got done playing at 9:30 Wednesday night and had to drive to Lakewood for an 11:30 start (which was delayed until noon) today.

“We’re way better than what we did today,” Goss said. “We had no energy. I completely blame playing last night and then driving to Lakewood this morning. I don’t think it’s fair. The morning really got us. That drive killed us.”

But it can’t kill the memories of an impressive Dirty Boyz effort over the past two weeks.

“This tournament shows our team has a lot of heart,” Brown said. “We’ve been down with our backs against the wall every single game except the TCA game, and every single time we’ve come back and put runs up on the board. We never laid down, not one time. We don’t give up, even the late innings.”

That quality has been evident in the Boyz players ever since their sophomore seasons with West.

“These seniors set the tone for this program the last three years,” Moceri said. “You gotta find a knack and learn how to win, and this group knew how to win and hopefully it will trickle down to the other guys and keep this program where it’s at. I wish them the best of luck with whatever their future is.” 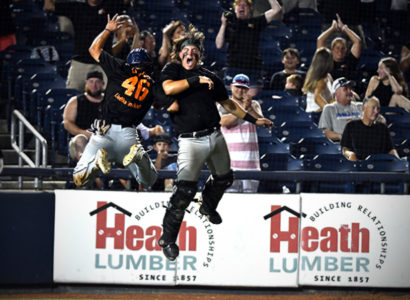 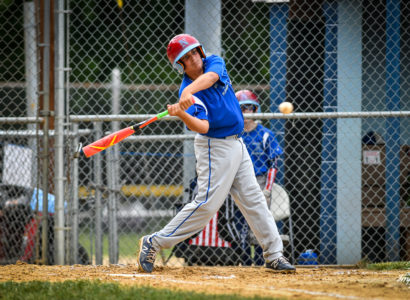