HAMILTON – At its July 27 meeting, the Hamilton Township school board took the first steps in bringing a sweeping $53.7 million capital improvement referendum to the polls later in the year.
With a resolution approval, the board sent forth a non-binding proposal, outlining district-wide security, safety and infrastructure upgrades, to the state’s Department of Education for review and possible amendments.

If the current measure reaches the ballot and garners voter support, homeowners living at a property assessed at the township’s average of $213,900 would see an annual increase of $53 in their property tax bills.

Under the advisement of the Spiezle Architecture Group, Hamilton’s Interim Superintendent Thomas Ficarra pared down a previously pitched $227 million improvement proposal, to reach the current figures.

At the opening of the board presentation, Ficarra broke down this most recent plan, a widespread series of projects that would prioritize needs versus wants.

“It is not a pie-in-the-sky thing that we’re going after,” he announced to the room. “There aren’t any dreams here. We’re going after the things that will keep our children safe and healthy and in a school environment they deserve.”

THE BREAKDOWN
Of the total amount, $19.9 million would be allotted for window replacement, $6.4 million for roofing repairs and another $2.8 million for ceiling fixes, said Scott Downie, a principal with Spiezle.
Furthermore, $9.4 million would be earmarked for security, to include camera installation with remote log-ins, door and hardware replacement for potential lockdowns, guest management systems to screen visitors and window film to deter unauthorized access.

Select general purposes areas like libraries, bathrooms, cafeterias and exterior walkways would also be brought up to the standards set forth by the Americans with Disabilities Act under Ficarra’s proposition.

Those compliances would be limited to portions of schools at Alexander, Kisthardt, McGalliard, Sunnybrae, University Heights, Wilson, Crockett and Steinert and come with a price tag of $5.2 million.

Critical needs, student population and cost-efficiency all factored into which schools were slated for the ADA upgrades, Ficarra said.

Improvement focused on the safety and health of students will reportedly cost in the neighborhood of $9 million.

This accounts for items like the aging steam piping at Nottingham High School, the deteriorating peripherals at Hamilton High School West and Mercerville Elementary, the sagging floors at

Klockner Elementary and the drainage problems at Yardville Elementary.

Abatement is another estimated $1 million expense, which would ensure toxic materials like lead paint and asbestos are removed from the schools.

If the Department of Education and the school board give the present plan their respective blessings, a referendum crafted by bond counsel could come before voters as early as December.

“We do have a lot of phenomenal teachers and staff working in our school district,” said school board member, Jennifer Kraemer, at the meeting. “A really good teacher could teach in a cardboard box. But we want to make sure that those students feel safe and secure and healthy, while they are getting the level of instruction they deserve.” 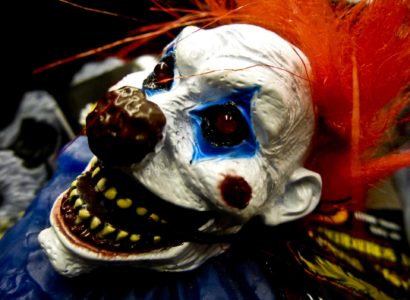 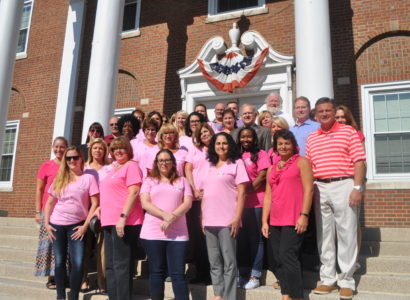