Will soon be inducted into the Steinert Athletic Hall of Fame

“Dustin (Renelt) and I clicked right away,” said Steinert High School wrestling Coach Adam Jankos. “He was a freshman and I was a first-year head coach. We both wanted to win more than anything. I was fresh out of college and ready to lead this team to new heights.” 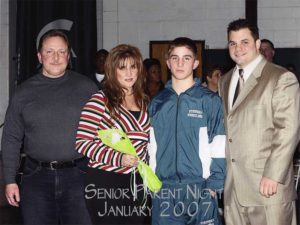 Dustin with his parents and his SHS coach Adam Jankos

And Dustin was also prepared to wrestle with whatever stood between him and multiple championships.

The result was a high-school career that earned Renelt entry into the Steinert High School Athletic Hall of Fame. Renelt, and the rest of the SHS Athletic HOF Class of 2018, will be inducted during ceremonies April 14 at Stone Terrace.

“Though Dustin was only 103 pounds as a freshman he was physically more developed than most of the seniors on the team that year,” Jankos said. “(The) upperclassmen and I knew we had a hammer for the next four years. That really motivated all of us.”

When Dustin accepts his selection for his alma mater’s athletic hall of fame, it will be a time to recognize him as well as his family.

“Dustin had a ton of support, between his two older brothers and his parents who really pushed him, he had what he needed support-wise at home,” Jankos said.

“Dustin being the most talented of the three Renelt brothers is a direct result of having two older brothers who were very competitive wrestlers. Even his sister Marissa was a wrestling manager. Having wrestled for several years, and older brothers who wrestled, really aided in his success. I was there to facilitate and fine-tune those talents, which gave me great pleasure.” 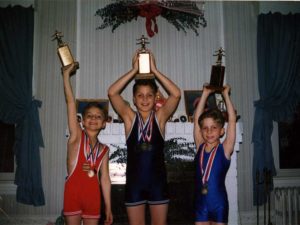 The eldest of the wrestling Renelt brothers, Mark, is flanked by Eric and Dustin.

“All of us were pretty good at wrestling,” Dustin said. “I remember having a wrestling mat in our garage and wrestling with my brothers.

“I played other sports as well but I focused on wrestling.”

It worked out very well for Dustin.

Renelt was a four-time District 25 champion – the first wrestler to ever achieve that feat — and two-time Mercer County Tournament winner. In his four trips to the regionals he was fourth, third, and a finalist twice. Other awards for Renelt, who tied for most career wins in school history with 115, include District Most Outstanding Wrestler, as well as being the recipient of team MVP and Sportsmanship honors.

On the way to setting the school record for pins (72), he made this gem of a quote as a sophomore: “Coach just told me we needed pins. So I made sure I went out and pinned.”

“If I had to describe Dustin’s wrestling style as a freshman it was hard-nosed, aggressive and constant attacking,” Jankos said. “By his senior year it was fierce, explosive and technical which took him to the top of Mercer County, CVC and into the state tournament.”

“It was special from the beginning,” Renelt said, “Because it was his first year and we did it together.

“I loved high school. I loved wrestling. All the very good memories will stay with me forever.”

The excitement of new coach/freshman sensation proved to be contagious for the Spartans.

“We knew with the help of Dustin we could win a lot more matches,” Jankos said. 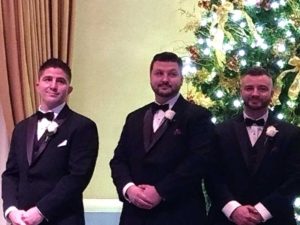 Dustin with his brothers on his wedding day

“Another reason Dustin was special to me is that he was the first (SHS) wrestler to make it to ‘The Big Show’ – the NJSIAA State Championships in Atlantic City.”

The Jankos and Renelt families share a common bond with their respect for and success in wrestling. Jankos and his brother Brett were champions at Brick Memorial High.

For information about the Hall of Fame visit steinertathletichof.com. 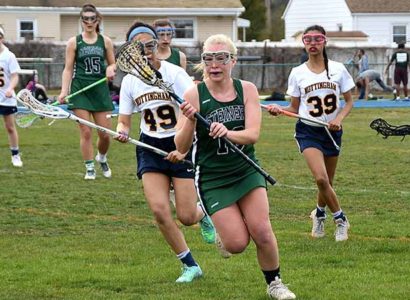 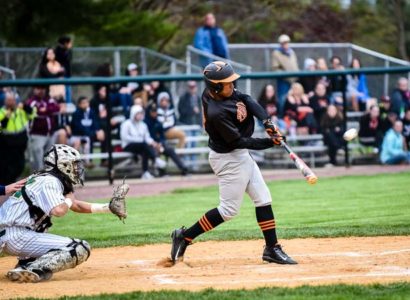