Nottingham’s Nazir Collins goes in for the layup against Allentown. Photo by Michael A. Sabo.

Feb. 11: The Nottingham High boy’s basketball team appeared to be in big trouble when Josh Morrison went out for the season with a broken nose and torn ACL.

When the Northstars lost their first game without Morrison to Princeton, it really looked bad.

Since then, nothing but good. The Northstars have won seven straight and are 17-5 entering Tuesday night’s regular-season finale at Hopewell Valley. A win clinches at least a share of the CVC Valley Division title for the Northstars; a win and a Robbinsville loss would give Nottingham the outright title. 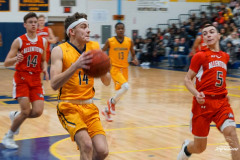 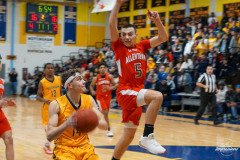 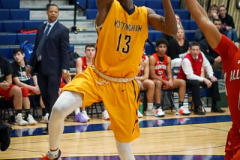 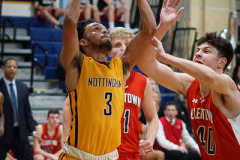 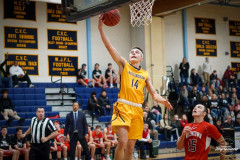 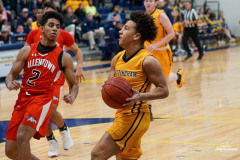 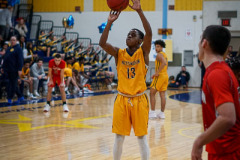 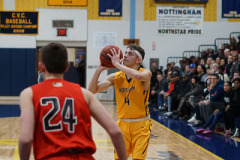 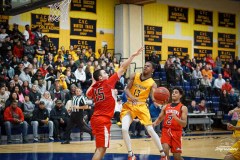 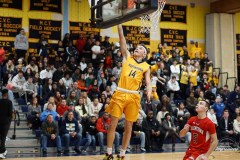 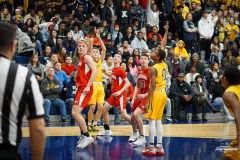 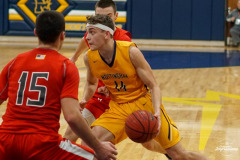 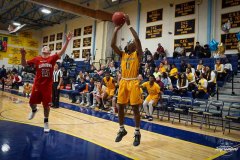 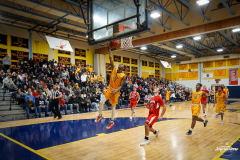 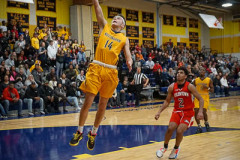 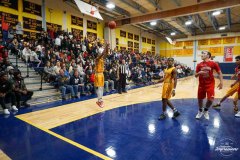 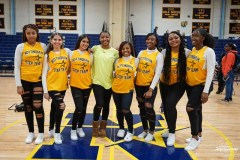 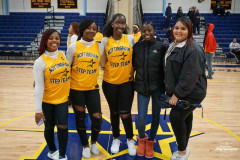 Nottingham kept its hot streak going with a 72-61 victory over Allentown Monday night, putting forth yet another outstanding team effort.

It was Senior Night and Javon Jenkins, the team’s lone senior, tallied 13 points and 5 rebounds.

Nazir Collins, who has stepped up offensively with Morrison out, had 17 points and 6 rebounds.

Brandon Raba tallied 24 as Nottingham’s offense worked together seamlessly to spread the ball around. 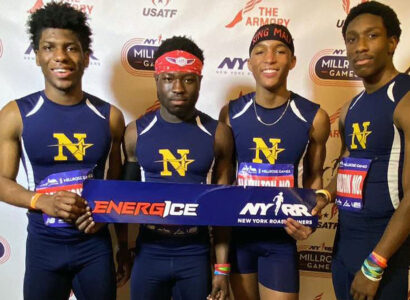 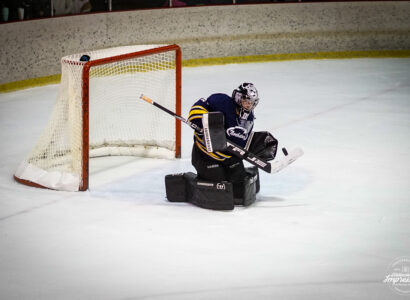