As a Dallas Cowboys fan, Nottingham coach Jon “Big Dawg” Adams has an appreciation for what his team does.

So much so, he’s playing a little copycat with his own program.

This past Saturday, on opening day of the 2016 season, Adams debuted the Nottingham Football “Ring of Honor” and the celebration took place prior to the Northstars’ 21-7 win over visiting Hightstown.

“Wes and I were getting together and we have some really good players we’d like to recognize with the game of football,” Adams said. “We were talking about ways we can do it. The Cowboys have probably the most famous Ring of Honor but of course not the only one, a lot of pro teams have gone that route because when you retire a number, you kind of limit yourself with numbers.”

The Northstars have retired two numbers in their 35-year history – the late Al Doan’s 77 and Greg Mihalik’s 42. They are two of the first Ring of Honor inductees, along with Kendrick Williams, the 2012 Central Jersey Group III state championship team and, of course, Kirkpatrick himself.

Williams set the all-time Mercer County single-season rushing record in 2008. Kirkpatrick has done everything possible for the program and his induction was a surprise, as the Mogul was unaware until his name was unveiled at the end.

“We’re creating our way of honoring players,” Adams said. “You can retire numbers but in our program we can’t afford to retire anymore because we’re at the breaking point. We have 140-some kids in our program. There’s no way I can’t not have numbers for them. When you start retiring four or five jerseys, all of a sudden you’re in trouble.”

Nottingham plans to un-retire Doan’s and Mihalik’s numbers. Two players will be chosen by the players and coaches to wear them in this year’s Homecoming Game, which will officially un-retire them.

As for the inductees, their names, numbers, and years that they played will be placed on a banner that will start underneath the scoreboard and then begin to extend around the field.

“Wes did all the legwork and laid all the groundwork,” Adams said. “He contacted a company that does the banners. Each year we’ll try and add anywhere from two to four players and we’ll try to create something that goes all the way around the field.

“Some teams have signs and sponsors on their fences, we don’t do that in Hamilton Township so we don’t have to worry about covering them up. So we just thought this would be a nice tradition to start and a great way to honor our players.”

This may be a good year to start doing that, as Adams has high hopes for his team after a season-long struggle with discipline issues that led to the dismissal of several players. The result was a 2-8 record and seven-game losing streak to end the season.

“We had to do what we had to do,” Adams said. “This year our kids moved forward. We don’t have guys missing practice, blowing off classes. They’re focused, they want to win, they’re hungry, I think we’re gonna be a pretty good football team this year.”

And they started the year off by honoring some pretty good players of the past. 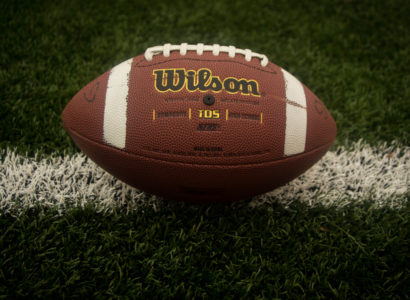