A photo of the rite of passage of having Saki poured in your mouth at the now-closed Banzai Restaurant in Hamilton. Facebook Photo.

Hamilton Police responded to a call at the once famed, now out of business – Banzai Restaurant, on Quakerbridge Road.

The property management employee reported to Officers that the locks to the abandoned building were changed and the door was locked from the inside.  There was also a white vehicle parked behind the building.

Officers gained access and located a male lying on an air mattress in the former dining area.  The male was identified as Justin Wood, 43 years old of Downingtown, Pennsylvania. The male told the Police he was homeless and had changed the locks on the building.

Officers also located numerous items where the male was laying including clothing, weights, tools, generators, electronics, and coolers that were unopened and still had security tags on them.

The male could not provide any receipts for the items and could not tell Officers where the items came from.  He was arrested and charged with Burglary, Criminal Mischief, and Receiving Stolen Property. 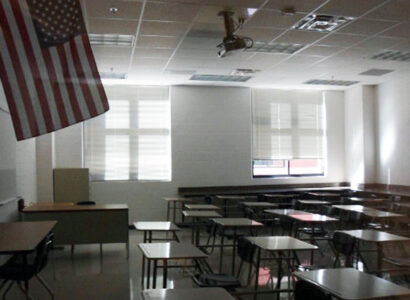 Schools to remain closed until at least May 15 Community News