In this case, however, it’s the Brewers of Yardville, N.J., who are impressed with Milwaukee.

“Milwaukee has a great vibe,” said Kathy Perroni Brewer, who along with her husband Brian Brewer, has a goal to see the home stadium of every major league baseball team. “The parking lot is full of people tailgating, playing cornhole (a game in which small bags filled with dried corn are tossed at a target consisting of an inclined wooden platform with a hole at one end), having fun and enjoying life. The people all seem to get along just fine – no fights and they keep everything pretty clean.”

Not counting franchises that have opened new stadiums since the Hamilton couple began their quest, Brian Brewer has one stadium left to see – Toronto. Kathy Brewer has three – Kansas City, the new Twins stadium,  Toronto. They both also have to see the new digs in Atlanta. 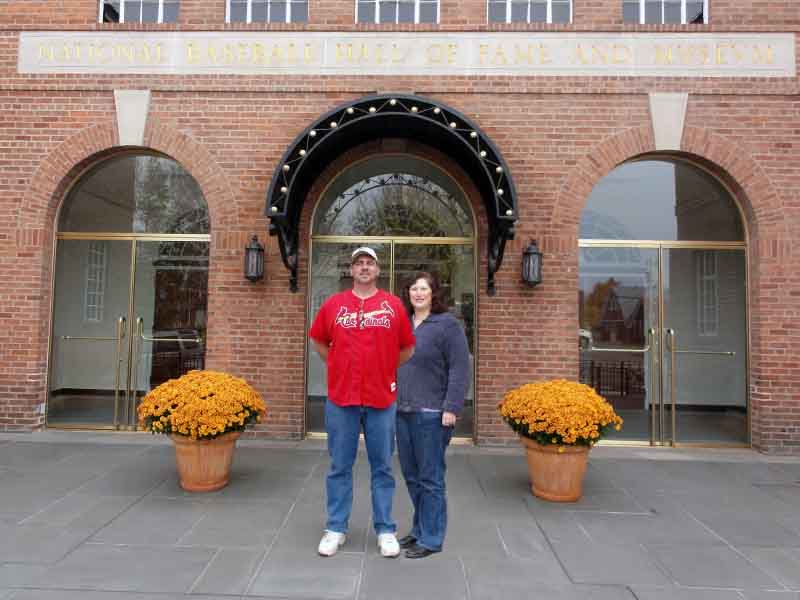 Brian and Kathy Brewer have watched World Series games at the National Baseball Hall of Fame and Museum. The Hall of Fame reopens on a Saturday Night when the World Series is played and members can go in and watch the game in the theater.

They have seen 30 major league parks together and shared such important moments as their engagement and honeymoon while on their personal baseball beat.

“Sometimes we do our own road trips or combine with a baseball bus tour,” Kathy explained. “We use Jay Buckley’s Baseball Tours out of LaCrosse, Wisconsin. We were engaged while on one of those tours. Last year, we went to the Jupiter Hammerheads and Marlins stadium as part of our honeymoon. 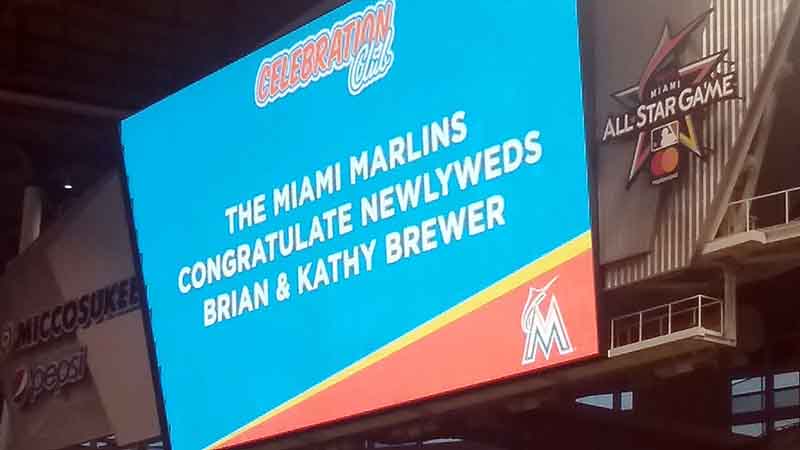 “We always add in minor league stadiums as well when we travel.

“If the football stadium is close to the ballpark and we can fit it in, we take the tour of that stadium. We toured the Cowboys, Seahawks, Eagles. We try to always take the baseball park tours if they are offered as well. We have toured Phillies, Pirates, Orioles, Indians, Brewers, Diamondbacks, Yankees, Red Sox, Giants, Dodgers and Rockies.”Brian has been to 98 baseball venues combining major and minor league teams.  They are going to see the Richmond Flying Squirrels and the Southern Maryland Blue Crabs over Labor Day Weekend. The home of the Blue Crabs will be his 100th Ballpark.

“This has always been a dream of his,” Kathy said. “We just use it as a jumping-off point to plan our vacations and see the country. There is so much of the U.S. that you miss if you don’t plan and go looking for it. We don’t just see baseball stadiums. We try to find unique things to see in the cities we visit. We also try to always go to the local zoo, see the historical sites or landmarks on the way and spend some time in town. We often try to hit some of Guy Fieri’s “Diners, Drive-Ins and Dives”(recommendations) whenever we can. We have happened upon local street fairs and celebrations along the way – fireworks, concerts and other things we never could have planned for but turned out to be such great surprises and such great fun!”

There have been tons of good times for them in the stadiums, too. The Brewers are season ticket holders with their favorite team – the Phillies. Brian caught a foul ball hit by Ryan Howard at Citizens Bank Park. Brian grew up in Pittsburgh, so he still loves the Pirates. “When we were at PNC Park in dead center field in Pittsburgh, Brian’s son caught a home run (ball) hit by Andrew McCutchen,” Kathy said. “He actually caught it in the air, and made the highlight reels.” 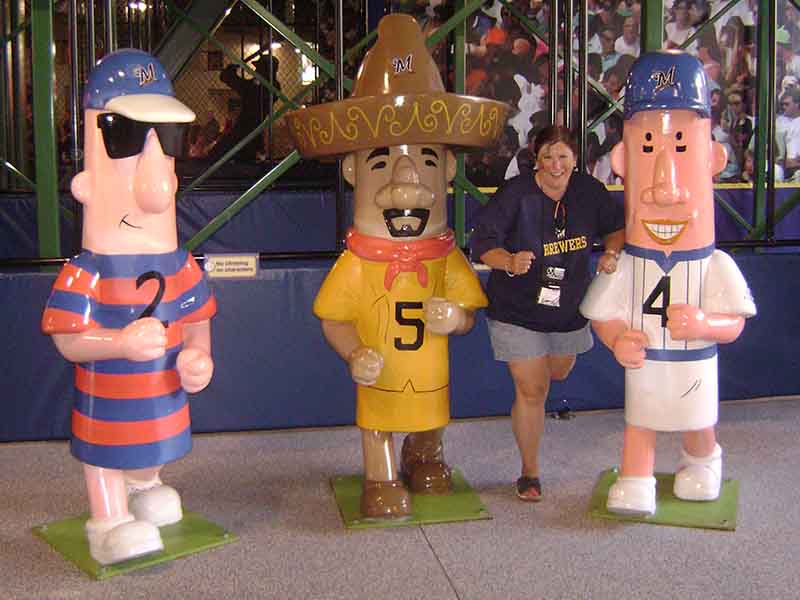 Kathy’s favorite stadium is Detroit’s. “There were tigers everywhere and a small amusement park.” Brian’s is Seattle. “We always go to two games in the cities (where the stadiums have) roofs – so hopefully we can catch one game with the roof open and one with it shut.”

According to the Brewers, some of the best food and drink can be found in Minnesota, Cleveland, Philadelphia, Pittsburgh and Cincinnati.

“Minnesota has a carnival atmosphere outside the stadium,” Kathy said. “There are tons of individuals with their own stands selling freshly popped kettle corn and walleye. When we were first there, the walleye looked awful — it was boiled or poached –and we didn’t get the appeal. Now at the new stadium, they sell Walleye on a Stick and Brian says it is actually delicious!”

Hot dogs, considered by many from youth sports through the pros as perfect ballpark food, are a constant for Brian.

“Brian always gets the hot dogs,” Kathy said. “He loves hot dogs. He also orders the signature foods – like the ‘Thomenator’ (named after Cleveland Indians legend Jim Thome, the Thomenator is a hot dog accompanied by sauerkraut, diced onions and pierogies) in Cleveland. We like the barbecue stands that different (retired) players offer – you can get an autograph and meet the players too – like Greg Luzinski’s Bull’s Barbecue in Philadelphia and Boog Powell’s in Baltimore, and Manny Sanguillen in Pittsburgh. Cincinnati has great hot dogs.” 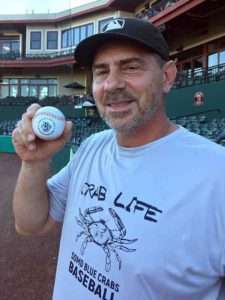 The best overall food experience is in Cleveland. “The Indians have an all-you-can-eat seat, like many parks do but theirs is by far the best,” Kathy said. “They have every ballpark item you can want, as much as you want. They also have another area with ‘non-traditional’ foods like hamburgers, fries, steak sandwiches – made to order – also all free and as much as you want. Other parks don’t even come close.”

Most of their experiences on their stadium tour have been positive. “We always buy home team gear (T-shirts or hats) for every major league park we attend and wear them to support the home team,” Kathy said “The only time I had trouble with fans was in San Francisco … because we broke our rule. We attended two games there – one during the day and one at night. During the day game, we wore our San Francisco T-shirts and I bought and wore a Pablo Sandoval ‘panda dongle’ hat. The next night, the Phillies were in town. We wore our Phillies shirts (remember, they first met at Veterans Stadium and are Philadelphia fans) but I also wore my Pablo/Panda hat. The guy in front of me actually threw popcorn directly into my face. Brian did not see it or we wouldn’t have seen the game – we would have seen the police station instead.”

Except for a few places, pricing remains reasonable. “Yankee Stadium is so overpriced, we were season ticket holders, but we stopped going,” Kathy said. “They raised parking to $19 the year the new Stadium opened, which is still the highest we have paid. The food is very expensive overall. St. Louis was also surprisingly overpriced. We paid $16 for nachos. St. Louis ticket prices were very high as well.”

However, the good far outweighs the bad and they remain committed to seeing them all with perhaps return trips to special places such as Milwaukee. “Our tour company also throws us a tailgating party there,” Kathy said. “The truck pulls up with kielbasa, sausages, hot dogs and they grill everything right there. Milwaukee’s stadium is great as well. They have tons of photo opportunities and special areas to explore in the park. We love to watch Bernie Brewer slide into the beer mug with the Brewers hit a homerun. The Brewers also started the ‘race’ craze with the sausage races that has now morphed and spread to many other major league parks including the pierogi race in Pittsburgh and the presidents’ race in Washington.”

Some of their milestone moments include attending the championship game when the Phillies won the World Series in 2008, the All-Star Game at Yankee Stadium, the final games at Shea and the Twins stadiums. Brian and Kathy were spectators when Veterans Stadium was imploded.

Baseball is part of the lineup of their lives. One of Kathy’s best Halloween costumes is her interpretation of the Phillie Phanatic.

They are true fans of the game. 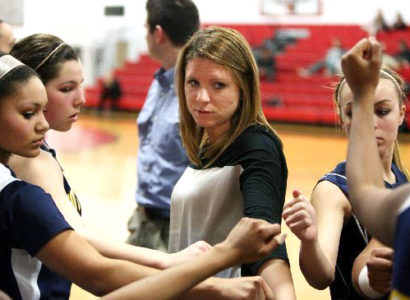 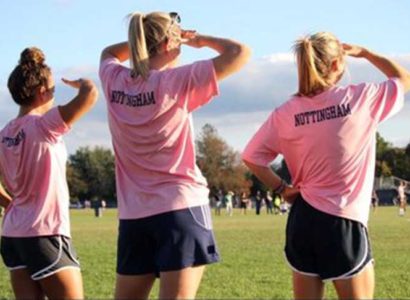