On the day after Valentines Day, the Hamilton Township Republican Committee made their break up with sitting Republican Councilwoman Ileana Schirmer very public and very official.

The Hamilton Republicans sent out a call for a single candidate that would be interested in running for Township Council along with incumbent Mayor Kelly Yaede and Councilman Ralph Mastrangelo on the Republican Party’s ticket this November. Interested candidates were also asked to send a notification of interest and a copy of their resume to Hamilton Township Republican Committee by 5 PM on Friday, March 1, 2019, via E-mail to mjflynn40@aol.com

Schirmer has been an outspoken critic of her former two-time running mate, Mayor Kelly Yaede and the entire administration which has come under fire for a host of issues that include alleged mismanagement and malfeasance at the embattled township animal shelter, lawsuits for violating free speech, racially offensive posts on social media by former Councilman and Public Defender Ed Gore and 3 other Hamilton Township Workers, alleged financial mismanagement by now suspended Hamilton CFO John Barrett, and most recently an open investigation by the Mercer County Prosecutors Office.

The call for a candidate seems to indicate that both Yaede and current Councilman Mastrangelo are indeed going to be seeking re-election, however no formal announcement had been made or publicized to date.

When asked if Pone had spoken to Schirmer about the call for a single candidate he explained, “Councilwoman Schirmer has not reached out to me, and does not return my calls, but based upon her resignation from the Hamilton Township Republican Club, her public statements against Mayor Yaede and her administration, and statements that she has made during public meetings, we do not anticipate her having a desire to run on Mayor Yaede and Councilman Mastrangelo’s ticket “

Schirmer issued a no-holds- barred statement regarding the announcement

Should we assume the post made by the Hamilton Republican Committee is Yaede and Mastrangelo’s official announcement for re-election?  How arrogant of them to assume they would receive the endorsement and nomination before the convention.  The application process to apply to run for an elected office, this year it would be for the Mayor and two council seats, are open to ALL registered republicans in Hamilton Township.  Those who are interested in applying for either one of those seats should be allowed to apply and receive proper consideration. Instead what we are seeing is Yaede and her inner circle controlling this process and denying other Republicans the opportunity to exercise their right to apply for the Mayor or Council seats.

One also has to wonder why are resumes going to Marty Flynn and not the Hamilton Chair, Dennis Pone?  I guess Marty has time to send out emails, Facebook post and review resumes but no time to do his job at the township.

The course of Yaede and Mastrangelo’s last tenure warrants some serious consideration.  Failure in leadership, lawsuits to the township, proposal of a 5% tax increase, the animal shelter high kill rate, I can go on and on.  It’s amusing for Yaede and Mastrangelo to think they are actually worth running with.

I am currently contemplating and evaluating all my options for 2019.

Not all Republicans are Supporting Yaede and Mastrangelo, but whole support Schirmer

In the wake of dissatisfaction with Yaede and the administration a second Republican organization, under the name of Republicans for A Better Hamilton was formed and claims it has upwards of 50 dues-paying members.

They also have made calls for candidates to oppose Yaede and Mastrangelo in a Republican Primary.

The group explained in a statement that “Republicans for a Better Hamilton was formed by citizens who are aware of this administration’s lack of vision, direction, and leadership which needs to see the light of day. Along with this information it requires action. This country, as designed be it federal, state or local government, is a participation sport. When the government is not working as efficiently as possible, it needs its citizens to step up and challenge the problems and the people in government, and short of that working, change it.”

The group’s spokespersons Bill Argust and Betty Kleber continued by stating that the call for candidates fails to mention sitting Councilwoman Ileana Schirmer and therefore must be interpreted as a call to replace said sitting council member. Ms. Schirmer has been a beacon of rational thought, clear communication and a vocal opponent of Mayor Yaede, Business Administrator Dave Kenny, Director Marty Flynn, health officer Jeff Plunkett and their many nefarious and dubious undertakings. Ms. Schirmer has stated numerous times in council meetings that the mayor does not communicate with her, or Council, and the business administrator needs repeated emails and cajoling to get a response that usually does not fully answer her questions. Ms. Schirmer is an honest and outstanding council member that puts the people of Hamilton Township first, not politics or personal agendas.

Yaede and Republicans Brush Aside Critics

In a statement to the Trentonian in regards to the Mercer County Prosecutor’s Office investigation the mayor has defended herself and her record, shrugging off critics as deranged stalkers who want to see her and the township fail.

Hamilton Chairman Dennis pone explained, Mayor Yaede and Councilman Mastrangelo have strong support from the Republican Committee and Hamilton Township Republican Club; and since we anticipate that they both will seek re-election, we do not anticipate a need for interviews for their offices.

Democrats Stand Firm and United Behind Martin for Mayor

While Republican chaos has dominated headlines, the Hamilton Township Democrats and Democrats throughout Mercer County showed complete unity behind current Council President Jeff Martin who announced his intentions to run for Mayor.

Martin made his announcement to a packed VFW Hall in January and wasted no time taking Yaede to task on everything from fire consolidation to selectively breaking the rules when it is for her political benefit. 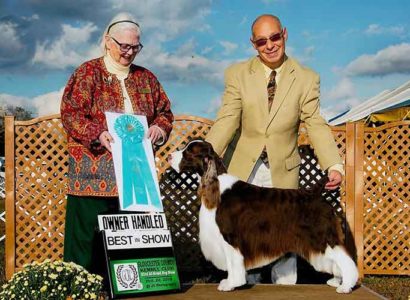 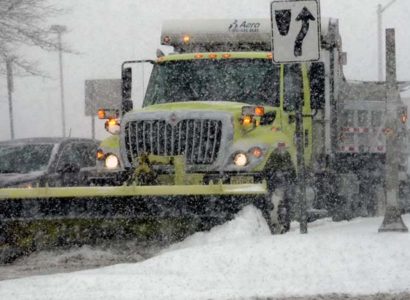