The Steinert Girls Soccer team continue winning with strong teamwork as they topped WWPS.  File photo by Michael A. Sabo

The senior forward entered the game with 10 of West Windsor’s 15 goals and was held scoreless in a Pirates victory for the first time this season.

Tessein accepted the compliment graciously, but defending is not the coach’s main concern right now.

“It’s very frustrating,” Tessein said after the Spartans fifth straight loss. “You can watch us and tell we do a lot of good stuff, but we’re allergic to the goal.”

Indeed, the Spartans were outshot 19-7 overall and 9-1 in the second half. Their issues were apparent in the first 20 minutes, when they put some impressive long passes on the foots of each other to quickly put themselves in threatening positions, only to waste the opportunities by not getting a shot.

It was like a golfer driving his tee-shot to the lip of the green and taking a triple-bogey on the hole due a bad short game.

“I think that’s a good analogy,” Tessein said. “We’re dangerous until we get to the goal.”

Midway through the first half, Adrian Strawinski sent a long cross in front that Justin Brunow came within inches of getting a foot on to re-direct it into the goal. Several other long through balls found their mark, but the receivers could not convert.

West Windsor finally took a 1-0 lead with 2:20 left on Gavin Grecsek’s goal. Freshman Dante Falvo nearly tied it when his header went a foot wide of an open goal with a minute remaining in the half.

In the second half, Sam Cohen’s pass gave Falvo a one-on-one with goalie Jonathan Tecum-Chavez in the box. But the keeper charged out to cut down the angle and make the save while on the ground.

WWPS eventually took a 2-0 lead on a great individual effort by Ryan Grund. Goalie Tom Kozemchak (8 saves) kept it close with an outstanding diving save on Moore-McGuinness, and with 8:17 remaining Steinert’s Max DiPierro lofted a high shot from the top of the box over Tecum-Chavez’s head to make it a one-goal game.

The Spartans could not apply much pressure from that point, as West Windsor (7-2) got its fifth straight win and first at Steinert in Fisher’s eight years as head coach.

Steinert has just three goals in its last five games but Tessein feels the scoring problems were present even as the Spartans started the year at 4-1-1.

“That’s been the problem the whole season,” he said. “Even in the games that we won, we weren’t generating enough opportunities. We’ve tried to address it in practice. It’s not like the guys don’t know about it. I thought we were slumping; but I don’t know. I’m kind of at a loss to be honest.”

Brielle Flodmand, Casey Grehan, Ashley Navarro and Gianna Pittaro all found the back of the net as Steinert scored two goals in the first half and two more in the second. Grehan and Pittaro added assists along with Lynzie Morgan and Tatiana Dorner.

Erika Golik and Emily Inman combined for the shutout as Golik had two saves and Inman made four.

The Spartans have three girls with 4 goals, two with 3, five with 2 and five with 1.

Mike “Bullet Head” Braender’s Northstar boys played a double-overtime affair at home against Notre Dame today and no winner could be decided in a 1-1 tie.

The Irish took a 1-0 lead on Kyle Dixon’s first-half goal, but the Northstars (2-7-1) tied it in the second half when Matt Midura set up Sa Phart for the equalizer. Neither team could score from that point as Stars keeper Patrick Luckie came up with 12 saves.

Hamilton West’s girls dropped an 8-2 decision to Princeton despite goals from Leanna Gioscio and Jenna Slack. The Nottingham girls fell to Notre Dame, 3-0, as Morgan and Taylor Whitlock scored all three Irish goals in the first half. 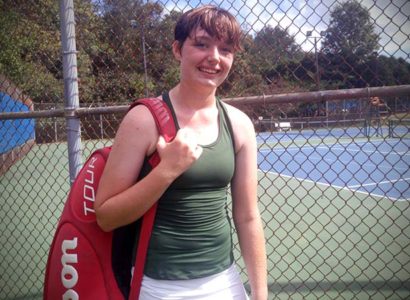 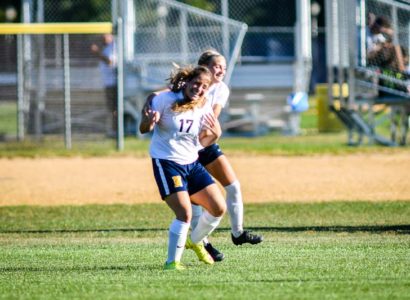