Ja’ier Nelson of Nottingham High School will participate in the 24th Annual Sunshine Classic. File Photo by Michael A. Sabo.

Mar. 28: When we finally get through this mess, sports will return and with it, an All-Star football game.

The 24th Annual Sunshine Football Classic will (hopefully) kick off at 7 p.m. Wednesday, July 1 at West Windsor-Plainsboro North High School. This will mark the 15th year of the format being that of an East-West game.

A total of 19 players from Hamilton Township will be part of the game, including 11 from Steinert and Nottingham on the East squad and eight from Hamilton West and Notre Dame on the West. 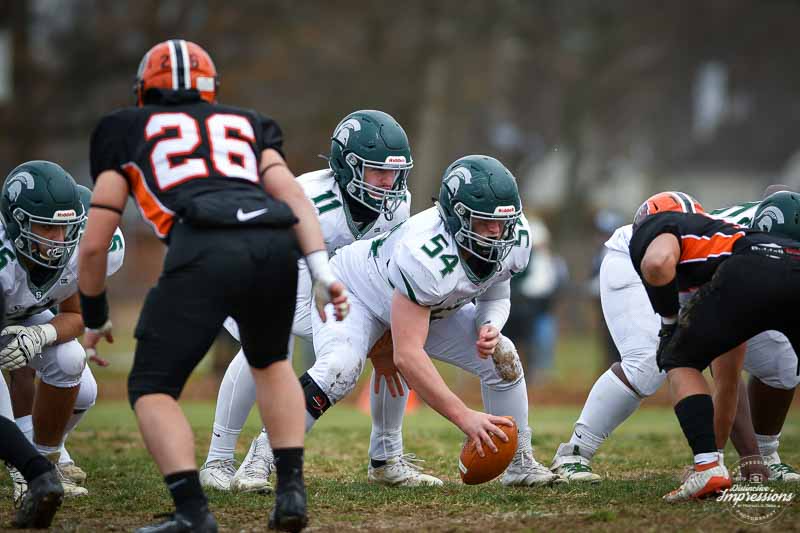 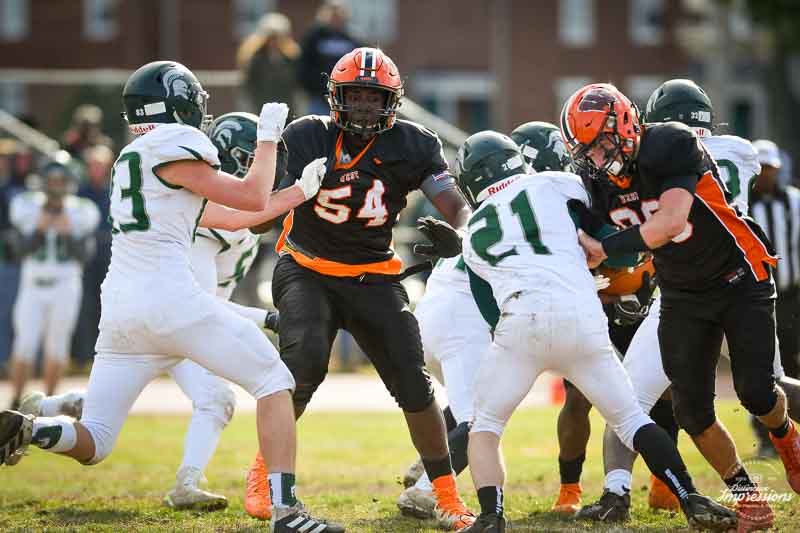 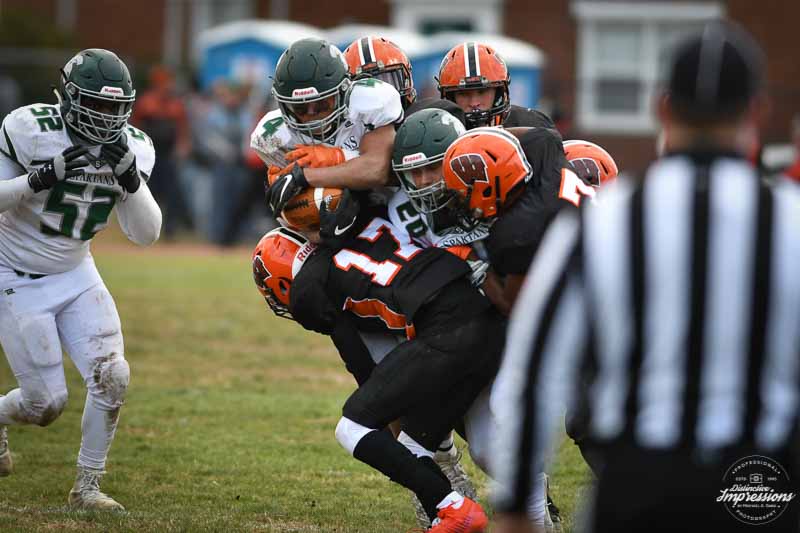 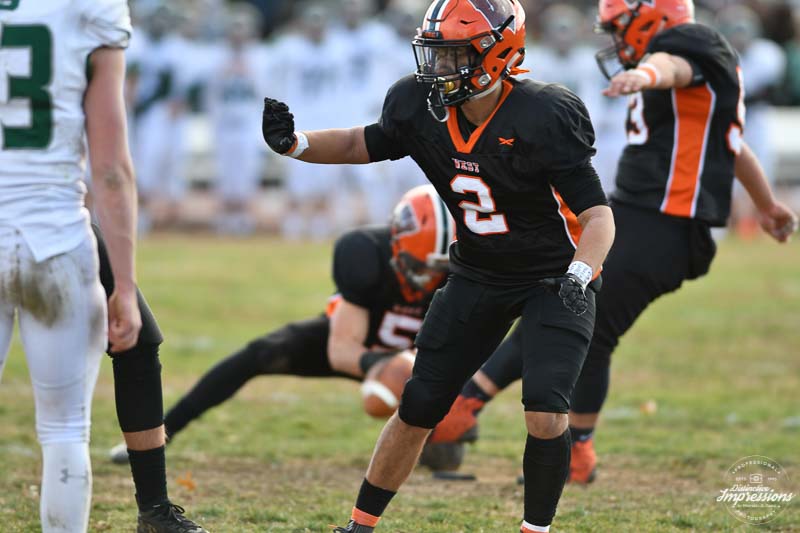 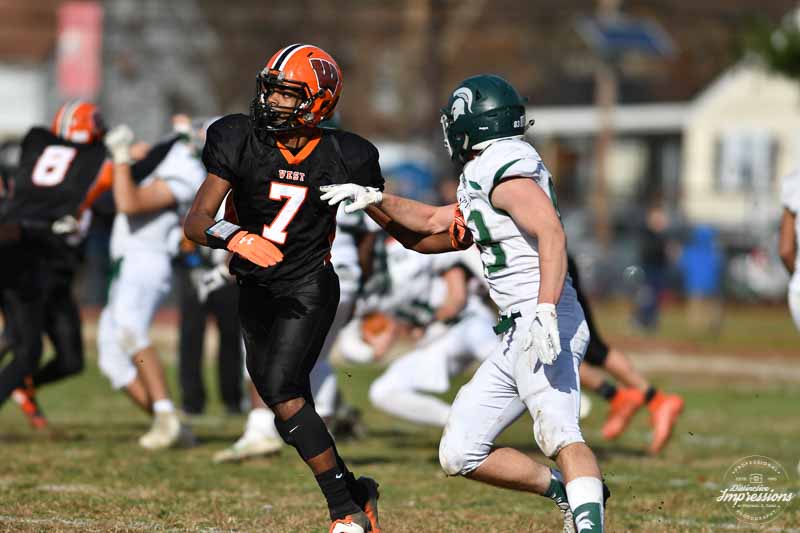 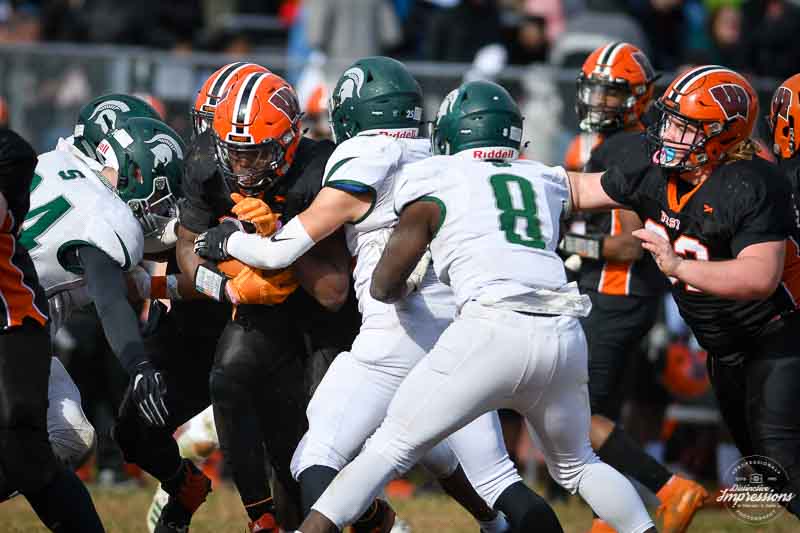 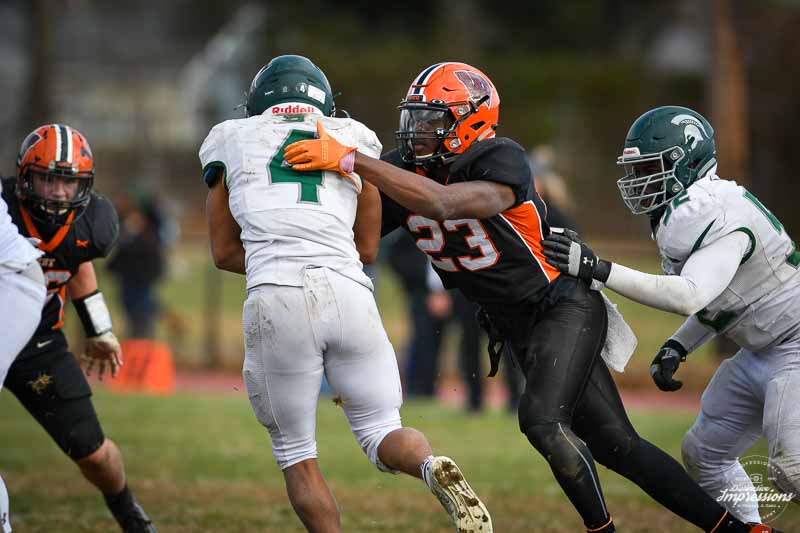 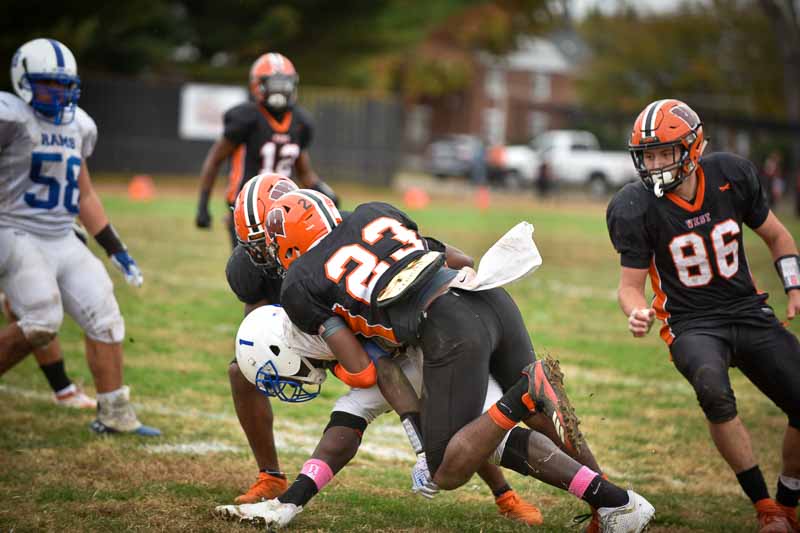 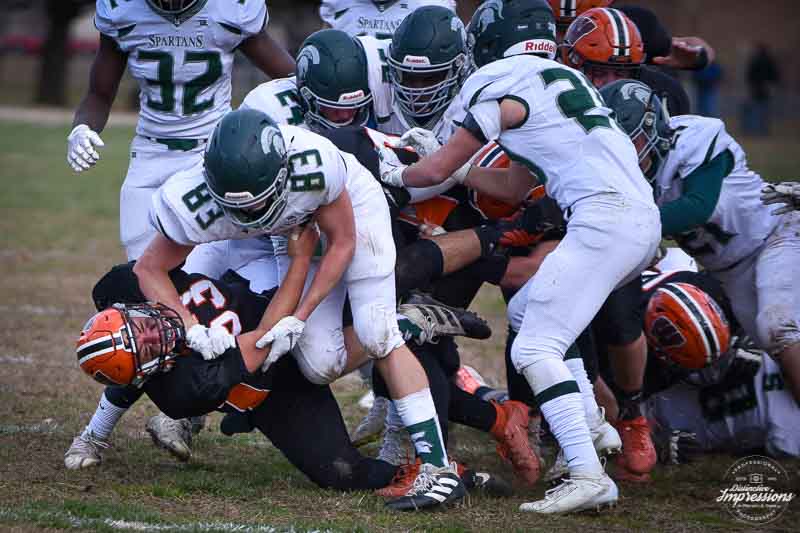 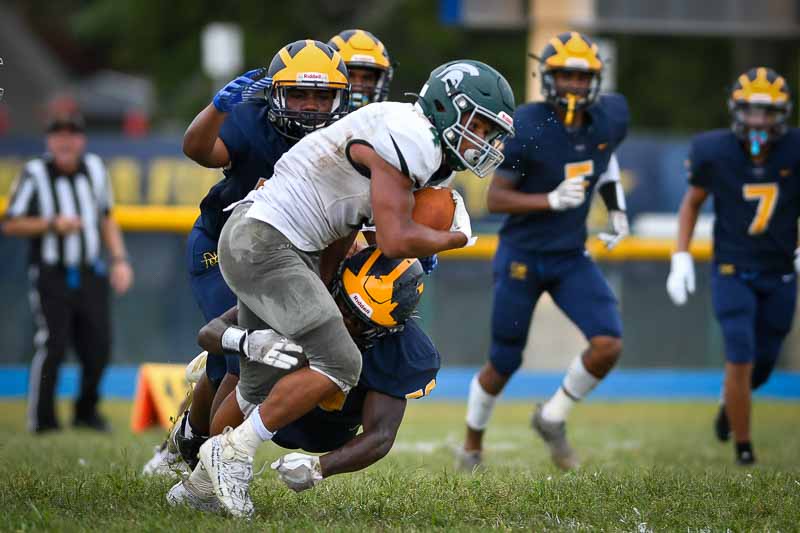 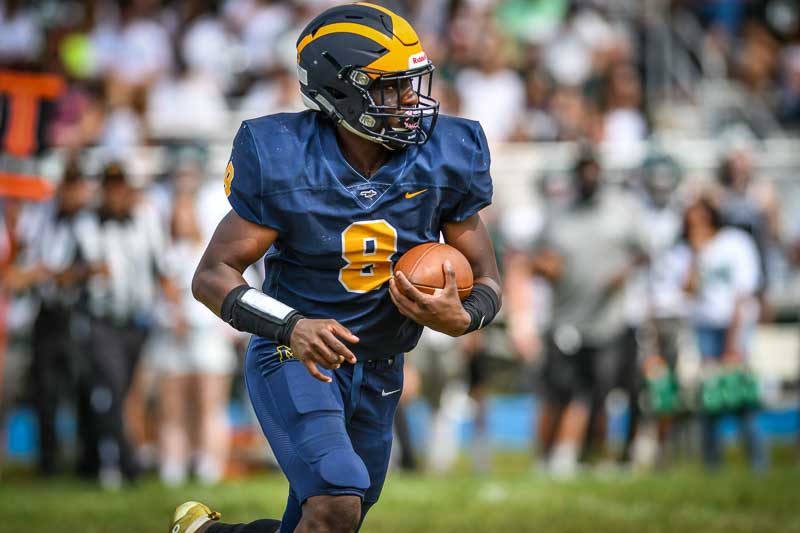 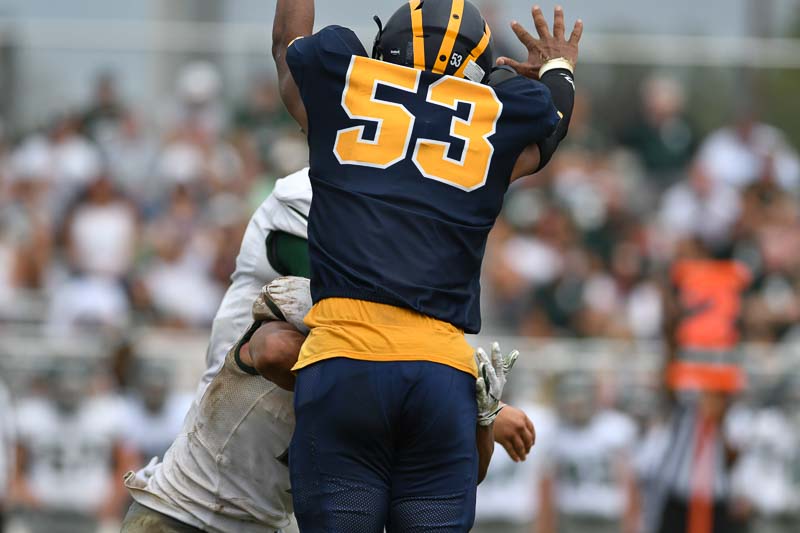 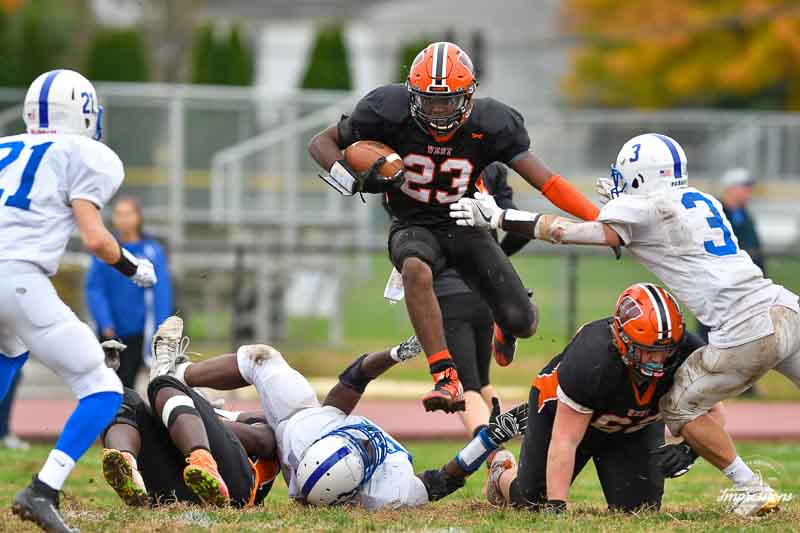 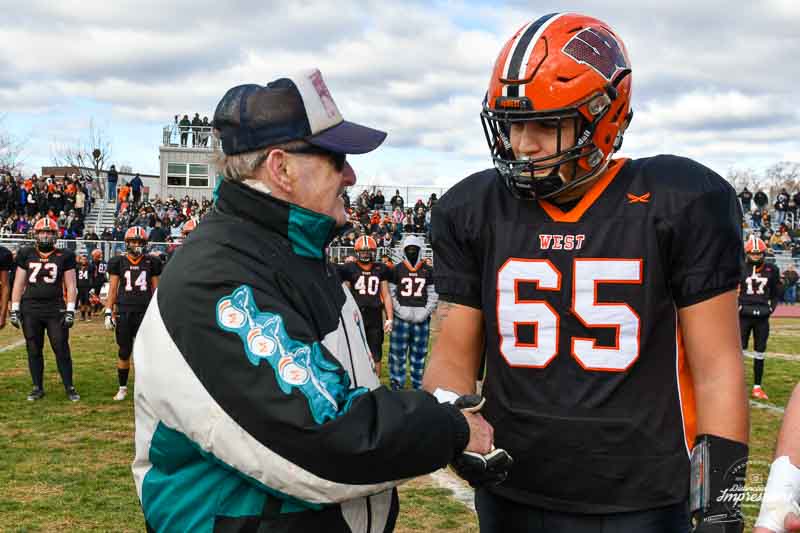 Laster enjoyed a record-setting year for the Spartans, rushing for 1,374 yards and 12 touchdowns. He also caught 26 passes for 260 yards. He also chipped in with 20 tackles as a defensive back. Hewitt was tied for third on the team in tackles with 74, while Allwood had 53 tackles and Nitti made 37 tackles with one interception.

Although he is listed on the team at defensive back, Nelson was second on Nottingham in rushing with 308 yards and 3 touchdowns, while Nicholson rushed for 299 yards and 3 TDs. Nelson also caught 10 passes for 48 yards and a TD and Nicholson had 3 catches for 36 yards. Defensively, Nelson had 24 tackles, 2 interceptions and 2 pass deflections, along with a fumble recovery he returned 30 yards.

On a defense dominated by standout underclassmen, several seniors also stood out. Adeaga was fifth on the team with 54 tackles and had 4½ sacks. Hearst had 41 tackles, a sack and 2 interceptions and Hampton had 28 tackles and 2 interceptions. Aponte rushed for 215 yards and a touchdown and led the Hornets with 9.8 yards per carry. The Sunshine Classic has contributed over $122,000 to the Sunshine Foundation and $63,000 for scholarships to the Delaware Valley Chapter of the National Football Foundation. 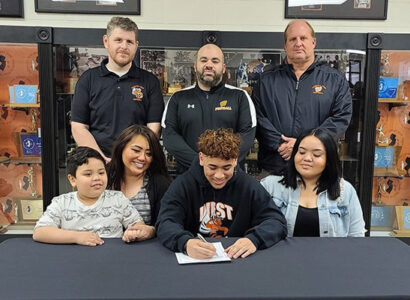 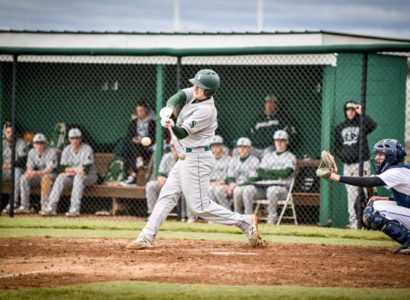