Brien Cardona shows some excitement after blasting a double down the line to score Darius Landing giving Broad Street Park a 1-0 lead. Photo by Michael A. Sabo

Ewing, NJ – An aggressive Broad Street Park got off on their good foot early in their first at-bat and never took that foot off the gas.

They topped Cherry Hill Post 372 by a final score of 7 to 3 in the State Tournament opener at Moody Park.

Darius Land Led off with a single and then it was off to the races.  He stole second and scored easily on Brien Cardonna’s double down the line.

Broad Street Park would stay aggressive on the base paths throughout the game stealing a total of 7 bases. 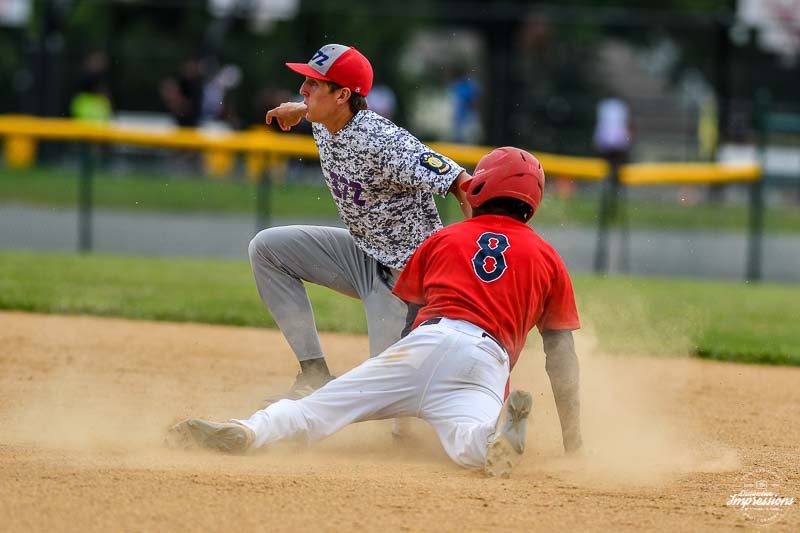 Darius Land of Broad Street park swipes second base in the first inning against Cherry Hill. Photo by Michael A. Sabo.

“I told the guys coming into this game, we started off the season with 9 wins being aggressive, we have to go back to that style of baseball.  We’re going to get thrown out sometimes but that’s ok, we are going to push the issue and put pressure on our opponents” explained BSP manager Mike Petrowski.

Behind a solid defense, that didn’t commit a single error int he field, the combo of Adam Drosos, Adam Chiaccio and Nick Diaz on the mound keep Cherry Hill off-kilter and pounded the strike zone allowing only 7 hits and 4 walks.

Drosos would pick up the win after Chiaccio came into a 3-2 game in the 4th and keep the next 11 batters from scoring. 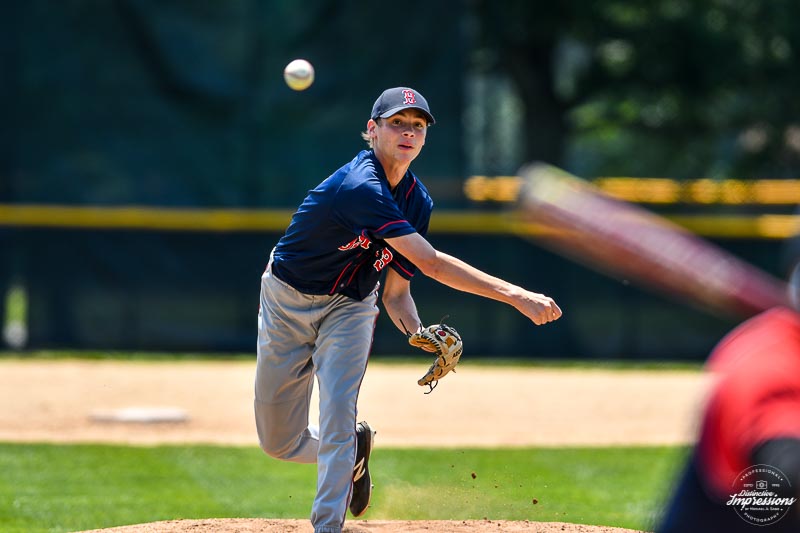 Adam Chiaccio delivers to the plate. File Photo by Michael A. Sabo

Chiaccio has been a key middleman in Broad Street Park’s success this year.  He has 4 wins in 10 games, no losses and has only allowed 7 walks in over 32 innings of work.

“My fastball was working well, I was able to hit my spots.  I felt good, I felt ready, I want to help my team win a Championship explained an excited Chiaccio after the game.”

Broad Street Park Post 313 continues their quest for a title taking on Brooklawn on Sunday at 10 am.

In order for that to happen, they’re going to need a repeat performance of today and stay aggressive according to Petrowski

“What we did is battled defensively, we were great on the mound and we had some big hits at the right time, a couple times with two outs and with runners on third.  That’s what is gonna take and we got to win at least one more, he explained.” 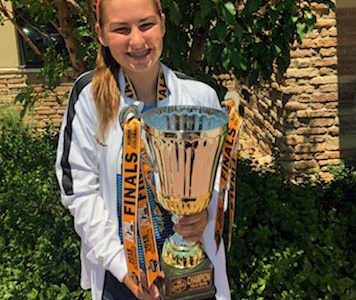 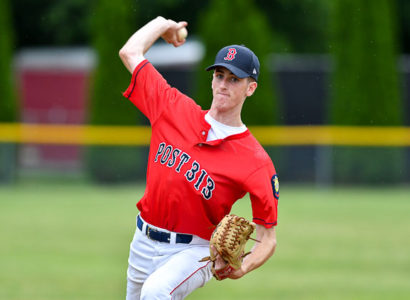